Ostensibly, Paranoia Agent is a show about a series of attacks from a kid on roller blades wielding a metal bat, with two detectives trying to find the culprit. In practice, Paranoia Agent made me think of the opening line of Tolstoy’s Anna Karenina:

All happy families are alike; each unhappy family is unhappy in its own way.

Each episode focuses on one character or group of characters living an already unhappy life, and then the culprit shows up and 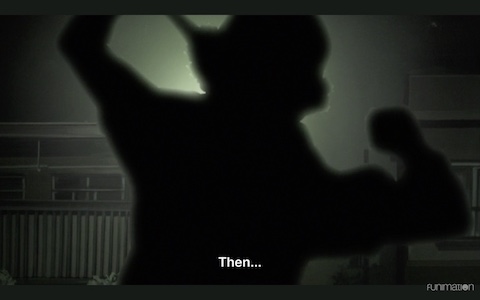 I started watching it on the recommendation of a friend, but I’d already heard about it before: the director, Kon Satoshi, was also the director and adapter for Paprika, the trippy alternate reality / alternate personality dream movie I watched a few years ago. Paranoia Agent isn’t quite as trippy as Paprika, but Kon still manages to work in several sequences in alternate animation styles, from a fantasy action anime to an unfinished line-art version of a children’s cartoon.

I’m afraid to say, however, that Paranoia Agent missed the mark for me. If I think about it, I like the idea behind a lot of the standalone episodes, showing the different unhappinesses and absurdities of modern life that we might normally not want to think about. And I’m okay with the idea of an elusive, possibly supernatural culprit that it takes detectives a while to catch.1 But those two aspects of the show didn’t have enough to do with each other for me, and the ending was both a little over the top and a little under-justified. Wikipedia points out that Sagi “does fulfill her job by creating a character that becomes just as big a sensation as Maromi”, but, well, that wasn’t highlighted very much, and I don’t think it was enough to justify the buildup we got. I also don’t feel like the early episodes really set expectations appropriately for the surreality of the later ones, even with what happened in the very first episode.

I went and read some other reviews afterwards, and one in particular reminded me that there are some overarching themes and possible takeaway messages, as well as the characters being loosely interconnected. But I didn’t see that connection as more than incidental, much like my ultimate opinion on Cloud Atlas. Nothing was done with that connection.

So ultimately, I’d say there are two reasons to watch Paranoia Agent:

And I wish I’d had this mindset going in, so I wouldn’t have minded the ending as much.

P.S. Paranoia Agent also has the most creepy smiles I’ve seen since the Elegy of Emptiness. 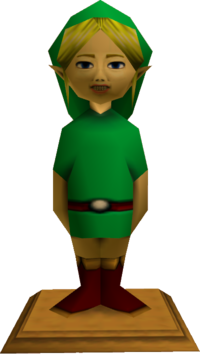